The two parts of the gender revolution have been evolving side by side at least since the 1960s. The first part, women’s entry into the public sphere, proceeded faster than the second part, men’s entry into the private sphere. Consequently, many employed mothers have carried a greater burden of paid and unpaid family support than fathers throughout the second half of the 20th century. This constituted women’s “second shift,” depressing fertility. A central focus of this paper is to establish second shift trends during the second half of the 20th century and their effects on fertility. Our analyses are based on data on cohort fertility, male and female labor force participation, and male and female domestic hours worked from 11 countries in Northern Europe, Western/central Europe, Southern Europe, and North America between 1960/70 and 2000/2014. We find that the gender revolution had not generated a turnaround, i.e. an increase in cohort fertility, by the end of the 20th century. Nevertheless, wherever the gender revolution has made progress in reducing women’s second shift, cohort fertility declined the least; where the second shift is large and/or has not been reduced, cohort fertility has declined the most.
Published
2018-10-31
How to Cite
[1]
Frejka, T., Goldscheider, F. and Lappegård, T. 2018. The Two-Part Gender Revolution, Women’s Second Shift and Changing Cohort Fertility. Comparative Population Studies. 43, (Oct. 2018).
Download Citation
Issue
Vol. 43 (2018)
Section
Research Articles 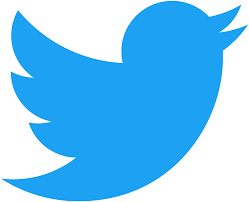